Welcome to the Rohrbough's personal web site!  Don't get to update this very often.  Still many broken links.  Nevertheless, need to add new treasures when discovered!  Let's start by getting our definitions straight:

In his famous "A Time for Choosing Speech", Ronald Reagan reminds us why we must fight tyranny:

Whenever you doubt the price of God's gift we call Liberty, please view the above!

It has been awhile since switching our hosting provider and authoring tool.  As for personal stuff we used to have out here, please be patient – we will post as time permits.  Why?  Check out these two quotes:

"Our Constitution was made only for a moral and religious people.  It is wholly inadequate to the government of any other."
— John Adams

"America is like a healthy body and its resistance is threefold: its patriotism, its morality, and its spiritual life.  If we can undermine these three areas, America will collapse from within."
— Joseph Stalin

Are these quotes related?  We think they are.  Before you proceed to our reasoning, please take a moment to look at our view of the "gun rights" debate (or non-debate if your are disappointed in silence of Republican "leaders" on this issue).  The Second Amendment is perhaps more key to retaining our freedom more than any of the other nine in the Bill of Rights.  Please check out this little bit of history.  Then read on.

Like many ordinary citizens, we have become very concerned about the state of our nation and the world.  We believe evil is growing around us and permeating society – good people, friends, and even relatives whom we love.  It is becoming increasingly hard to separate politics and religion.  Have you ever wondered why it is "taboo" to discuss politics and religion?  Yet our founders considered knowledge of history – including politics and morality, driven by the Christian God they worshiped – to be essential to the young republic's viability.  They understood that the great American experiment needed a moral populace and a moral leadership to endure.  We all worship some kind of god – whether we think of it that way or not.  How can we be knowledgeable if we do not read, listen, and discuss these things?

Do you think our founders were secularists?  Who wanted a government free from religion?  Schools free from from prayer?  Take a look:

If you have thirty five minutes, this video of David Barton recorded at Westside Church in Omaha gives a fuller picture of the Christian influence on both our founding and on our society today – and of its value.

Do you think redistributive change is better than capitalism?  Without greed?  Just watch this classic vignette between Milton Friedman and Phil Donahue:

Have you wondered why our culture has changed so dramatically in the past half century?  Please consider this food for thought from former Idaho state legislator Curtis Bowers:

Mr. Bowers made this film because he hoped that once we saw the facts we would realize what he did after researching this topic… what has happened to America hasn't been an accident.    Now is the time to get involved before the "Left" accomplishes their goal of destroying the greatest country in ALL world history!

If you are interested in this movie, you may watch it on Vimeo, here.  Not sure if this link is authorized or will remain.  We have been told it will be available through election day.  Otherwise, please contact us about viewing the movie.  If you want your own copy, you may purchase it at www.agendadocumentary.com  .  Wonder what movie Ronald Reagan really introduced?  Check out The Truth About Communism.  In 1962 Reagan narrated the entire movie.

Do you think that the culture – or even your own beliefs about abortion – are a result of "progress" in the years since Roe v Wade?  Or has it been Ground Down?  Why have over 54 million unborn babies been slaughtered in the years following that court decision?  Are we a more moral society for having done this?  Are you pro-choice?  Or pro-life?

How about after watching this video?  If you are motivated by this, go to HeartChanger.com.  Buy a video; share the link.

Do you think African Americans are better off because of the Democrat Party?  Look here and listen to what this black senator said when he switched parties, referring to a quote from Frederick Douglass when the Republican Party was founded as an abolitionist movement:

Glenn Beck produces a montage of evil quotes by prominent socialists and communists: 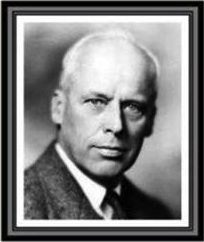 Socialist Party leader and six-time Presidential candidate, Norman Thomas, has been credited with these quotes from a speech in 1944:

"The American people will never knowingly adopt socialism, but under the name of liberalism they will adopt every fragment of the socialist program until one day America will be a socialist nation without ever knowing how it happened."

"I no longer need to run as a Presidential Candidate for the Socialist Party. The Democrat Party has adopted our platform."

I believe that speech was a concession speech.  Snopes claims the idea that he said it was "probably false".  Does that really matter?  Whether he actually said it or not, the evidence over the past century of its veracity is undeniable.

If you navigated to one of our business domains, you also will see this page until we get a separate website set up.  Thanks for stopping by!  You may contact us here.